The Global Meetup in Pictures and RideWith!

The global meetup ended two weeks ago - but not for us! In the weeks that followed, we’ve been going over the notes from each presentation and workshop, having meetings with the relevant teams, and working on action items. Below you'll see some interesting (and weird)  reflections, as created by our Champs.

We also launched a pilot of RideWith, our carpooling app that works with Waze. Right now it's limited to a small area in Israel, but in the future - well...who knows? Lastly, a spotlight on the support team's olivermarcellus, our proud sole Brazilian here at Waze HQ.

53 global champs from 27(!) countries flew over to sunny Tel-Aviv for the Waze Global Meetup. It was a glorious event!  Issues were raised, bugs were fixed, and a LOT of food and alcohol were consumed.

We'll save the serious recap for the relevant forum. Here we'll let the images (some with text) speak for themselves. 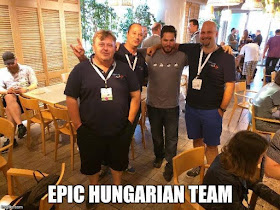 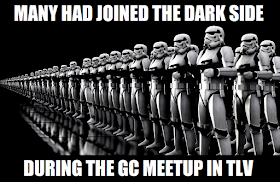 As you may have heard, Waze is running a carpool pilot called RideWith. It's a platform that connects drivers and potential riders – such as neighbours on similar commute routes or co-workers who live near each other. Riders pitch-in on the cost of gas and wear and tear on a vehicle by reimbursing the driver via the app when the ride is complete.

RideWith is all about a better commute with fewer cars on the road, less congestion and pollution.

Right now we're testing RideWith in Israel. But, we'll keep you posted as the trial expands.

Unholy had doubts about the global meetup, but was satisfied overall with the results 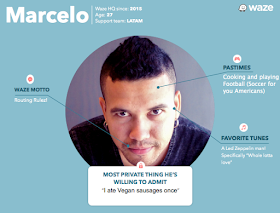 And here is his favorite song, by the mighty Zeppelin:

Almost. Here's a little something Caradellino made. Check it out: